On vacation this summer a friend asked me this 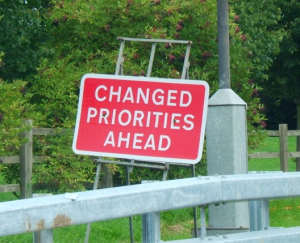 question: What would you do if money were no object?

Take a second and think about that for yourself.

What was your first instinct? To travel the world? Buy several new somethings? Become a philanthropist? Solve a world problem?

What if we could change up the question, and apply it to our profession?

What tool or app or resource would you map out or build for a better future for our industry if money were no object? Big or small, incremental or game-changing; how would this investment take our profession to the next level?

An app that allows you to easily create contact reports?

There’s so much creativity in our field – I’m interested to hear what you’d dream up!

UPDATE: There is some great brainstorming going on Twitter so far! Take a look and join in the conversation here, on Twitter, and with colleagues.

@AskHelenBrown If money AND access were no issue, I'd create comprehensive worldwide wealth-screening tool!!

@APRA_PA @AskHelenBrown I would love to create something that would provide a better grasp of data analytics to get up and running quickly.

@AskHelenBrown A database that didn't require a team of programmers and report writers to get quality info out…unrealistic, I know!

@AskHelenBrown Database with all annual reports (or local equivalent) for all publicly traded companies across the world. (1/2)

@AskHelenBrown would also like international database of nonprofit annual reports; Guidestar India + Fondos a la vista + all others. (1/2)

@AskHelenBrown (2/2) basically, any nonprofit report that is publicly available all in one place. Donors would like that too, I imagine.

Get the Intelligent Edge

Our weekly update provides insight and commentary on breaking philanthropy news and the latest innovations in fundraising intelligence.

By sharing your information you give us permission to send you our newsletter. You may unsubscribe at any time.